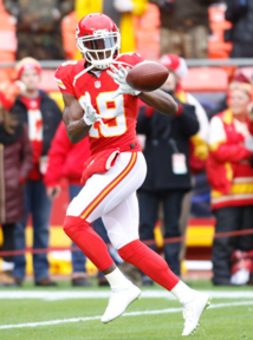 LeSean McCoy is apparently trying to recruit free agent Jeremy Maclin to sign with Buffalo. It's a pairing that makes sense, with Buffalo very thin at wide receiver behind oft-injured Sammy Watkins. But although there's opportunity for Maclin in Buffalo, don't automatically assume he'll put up good numbers.

Best that can be said for Buffalo is that Kansas City was similarly bad in many of those categories. And maybe the Bills just needed a guy like Maclin. Still, it's not necessarily a great spot for him.