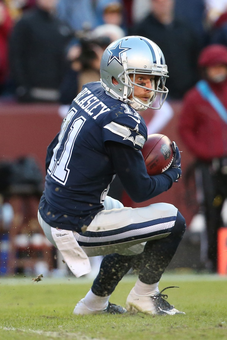 I’m not a big Cole Beasley fan. I don’t expect him to make much of an impact in Buffalo. Nonetheless, I’m seeing plenty of articles going by suggesting that he’s a key pickup for the Bills.

Beasley has been popping off, talking about how much more he expects to be used in Buffalo than he was in Dallas – and used more effectively.

“I felt like it was easy for me to be taken away (in Dallas)”, Beasley said in an article written by Tim Graham of TheAthletic.com.. “Really, in that offense, all you had to do was bracket me because I went beyond 5 yards rarely. And when I did, it was from the same formation; I was in the same spot all the time.”

In a separate article (also written by Tim Graham) Josh Allen suggests Beasley should be the security-blanket type receiver in this offense. “It (the signing) is big, especially for the type of offense that we run,” Allen says. “New England’s had Julian Edelman for a long time. Tom [Brady] trusts him, knows where he’s going to be, knows his body language. It’s no secret that we run a similar offense to the Patriots, and we want to utilize our slot guys, too, to make somebody miss and get up field.”

Allen completed only 53 percent of his passes last year. He’s no Brady, and he’s not trying to do the same things as far as I can see. Brady tends to throw almost exclusively short passes. With maybe the game’s strongest arm, Allen tends to fire about as many deep passes as any quarterback in the league.

Buffalo also has John Brown and Robert Foster at wide receiver, and those guys look like better fits with Allen to me. Those guys have the speed to get downfield for chunk plays, while Beasley is more of a short-range slot guy. (The Bills also have Zay Jones, and I’m figuring he’ll catch more of the short balls than Beasley.)

Beasley at least has shown some ability to work the middle of the field. Over the last five years, he’s caught 71 percent of the passes thrown his way. Among wide receivers with at least 300 targets, only two have caught a higher percentage of passes in that time period (2014 to 2018).

Of course, catch rates tend to be tied to how the player is used. If you settle underneath for a bunch of 8-yard possession catches, you’re going to have a high catch rate. If you’re primarily running vertical routes, trying to on long passes, you’ll have one of the worst catch rates.

Over the last five years, 63 wide receivers has seen at least 300 targets. They’re listed below (with Beasley in the #3 spot). But note that most of the leaders tend to be slot-type receivers. On the chart, I’ve tagged with black dots all wide receivers who either play out of the slot or primarily run shorter, underneath possession routes. That’s an inexact science, but you can see that most of those receivers are near the top (and almost none of them are down near the bottom).

If you instead look at average yards per target, Beasley would rank 48th out of the 63 wide receivers listed here.