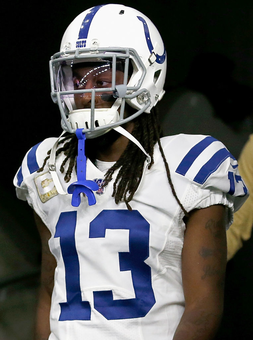 Colts should get boost from scheduling

Let’s take one last look at Strength of Schedule before we kick this season off. This time, let’s look not at what teams did last year, but what people think they will do in 2020. It provides a truer look at things.

That is, we don’t use existing wins and losses. We use the over-under win totals that you see posted at casinos. Follow the money, they say.

First, there should be agreement on those over-unders. I first ran the numbers, only to find 70 percent of the teams finishing with difficult schedules. That’s when I realized that the over-under totals as posted, are optimistic. That is, there are more than 256 combined wins. So I had to shave down some of the numbers (while increasing some others) to bring them in line with reality.

I noticed they Jacksonville at 4.5 wins and Carolina and Washington at 5.5 each. Those are crazy. I moved them down to 4.5, 4 and 3. I generally went through all of the numbers and tweaked them, arriving with these totals.

The Colts and Kansas City, as luck would have it, project to play the easiest schedules. I also see the Browns and Lions up there. That’s worth keeping in mind when selecting players in drafts.

Most fantasy leagues, of course, finish before the start of Week 17. So we can reasonable remove those games. Looking at just Weeks 1-16, the Chargers move into the top spot, followed by Kansas City and Detroit.

While I had this in front of me, I also ran numbers for the first half of the season – just the first eight games for each team.

Chargers, Arizona and Tampa Bay came out on top. The Packers, Jets and Raiders came out the worst.