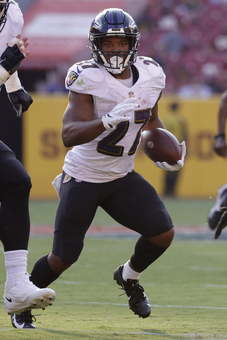 ASK THE EXPERTS appears weekly from training camp through the Super Bowl with answers to a new question being posted Thursday morning. How the guest experts responded when we asked them: How can fantasy teams (and the NFL) minimize pain of exhibition injuries?

I am certainly a proponent of waiting as late as you can to have your local fantasy draft. In trying to make a level playing field for everyone, waiting until late to have your draft ensures no one enters the season at a disadvantage from losing players. Injuries are a reality and certainly happen in Week 1, but not drafting too early at least allows each fantasy team an even chance to start the year with full rosters. As the NFL goes, I doubt I would allow my starters to participate in a preseason game. That 15 or 20 minutes on the field is not going to make any difference to how the team is ready for the year - that is what training camp is for. Preseason games should only be used to determine which fringe players are going to stay or be cut.

People act like injury risk is somehow contained to just the preseason. There's a far greater chance of injury in the regular season. Sure, in an ideal world, every draft would happen 24 hours before the start of the season so provide a near-zero chance of pre-season injury. But life doesn't work that way. Our leagues are filled with scheduling hurdles like kids, jobs, and travel. Draft when it's convenient for you. Don't be a slave to fear.

As of now, it would be insane for fantasy leagues to draft before the completion of the preseason -- too many of us have been burned over the years. However, I think we’re getting to the point where starting players won’t play at all, and the preseason will be limited to players filling out the back end of rosters.

I’m surprised that more teams don’t use more players in the preseason games. I would think there would be some value in getting game-speed work against opponents. I would think that would help to get everyone dialed in and ready to hit the ground running in the real games.

I definitely believe that fantasy players should not draft until AFTER the preseason is over, due to injury risk. Granted, major injuries can happen in practice, but for the most part, tackling is limited, which reduces the risk significantly. This is the primary reason why I never draft in money leagues before the preseason is complete.

The volatility of training camp, preseason, injuries, roster trimming, trades, signings, etc., have always been a part of the NFL. It is a massive glut of information -- true, false and conjectured. For those reasons, the ideal scenario for fantasy drafts is the week or so just before Labor Day through Wednesday before the season starts.

No home league should draft before the end of the preseason, but we've always known that and it just isn't practical. And as much as I want to say every coach should hold all of his best guys out, we do note year after year that running games in particular get better as the season goes on, because that part of the sport depends on precise choreography, and that requires reps. So some of this stuff is probably inevitable, and we'll have to live with it yet again. Granted: it stings more than usual when two exciting young running backs go down for the count in the span of a week.

In my opinion you should draft all year long: from the NFL Draft through the first week of the season. Why? Because it allows you to use different strategies. One strategy may be to go with riskier players or not. That risk level can decrease the closer we get to the season. As an example....to draft or not draft backups for injury insurance. As far as NFL teams holding out key starters, you have to do what you think is best for your team and winning. Guess it comes down to, It's all part of the game. And deciding who to draft will depend on when the draft is and how much risk you want to take. Sometimes going all in to try and win it all is the best plan versus making the playoffs but really having no hope of winning the Championship. I would much rather fail 9 times out of 10 and not make the playoffs but win the Championship then make the playoffs 4 times but not win.

If I were an NFL head coach, I wouldn't put my key running backs on the field in the preseason, period. They're the guys who take hits and risk injury on basically every offensive play, so losing them in a meaningless game is senseless. Yes, they can get hurt in practice, but you can limit that by not allowing them to actually be hit. Yes, they can get hurt in Week 1 -- those games count, so be it. No running backs in August games. As a fantasy coach, I'd prefer to draft after the exhibition games are done. Not always possible, but I don't feel like taking on that kind of risk, even knowing it will benefit me at times (when other teams lose their early picks to injury). Draft a week before the season, unless it's a best-ball league (with huge rosters to cover for preseason injuries).