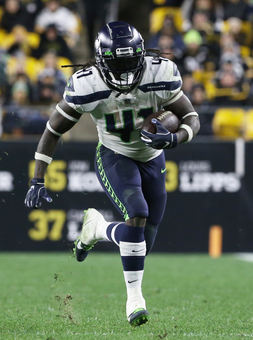 Blowouts galore, but a classic or two, too

All of the favorites (but Miami) won the early games yesterday, and most by large margins -- not great drama. Couple of later games were not so hot either. But Dallas-New England kind of saved things with an instant classic: multiple touchdowns in the last 3 minutes, some lead changes, some outstanding individual plays. Kind of makes watching some lesser games along the way worthwhile.

Dolphins versus Jaguars across the pond: Kudos to Tua Tagovailoa for coming out slinging it, piling up good numbers and hitting his best healthy receivers, Jaylen Waddle and Mike Gesicki, for really nice days. Kudos for those who stayed well away from Dolphins running backs, since Miami isn't using them very consistently or well. And congrats to Jacksonville for getting its first win in a very long time, with another good game from James Robinson and a big one from Marvin Jones and their no-name kicker. Another tough loss for Miami, who's making a season of such things.

Kansas City at Football Team: For an early touchdown to Ricky Seals-Jones, Washington somehow managed to get two receivers behind the entire Kansas City secondary, and Taylor Heinicke had his choice (Seals-Jones caught it, the other guy cheered him as he loped into the end zone). But ultimately, the matchup of Patrick Mahomes versus the Washington Defense was way better than Heinicke against Kansas City's defense, and KC won going away. Two more interceptions for Mahomes, although one clanged off Tyreek Hill's hands near the goal line. Later Hill made up for it with a nice route on a touchdown. Darrel Williams had a good game. I'm not going to say he's better than Clyde Edwards-Helaire. But not the kind of separation you'd expect from a first-rounder and an undrafted guy. Fair?

Rams at Giants: Not a good game for Daniel Jones. A great game for Sterling Shepard, at least, who I started last minute (and benefited when Kadarius Toney, who caught 3 passes on the opening drive, left with an ankle injury and was ruled out for the rest of the game -- not good). And a stellar one for the Rams, with touchdowns of the multiple variety for Kupp, Stafford and Henderson, and a score for Woods; basically all the players you should have been starting. Rams D made Jones look really bad, and it's not all on him of course. No ground game, not good protection, etc. But a rough one to watch if you were hoping for a competitive game. Rams were coming off a mini-bye with a Thursday game in Week 4, and they looked rested and sharp.

Texans at Colts: Speaking of one-sided games. The Colts really should have won a couple of earlier games they lost (including Monday), and took out some of that frustration on the Texans. Big game for Jonathan Taylor (slightly underutilized early, a recurring them), some strong throws by Carson Wentz (credit where due), and a nice return for T.Y. Hilton (alas, to the detriment of Michael Pittman). For Houston, what you can say. Bad team, and it's getting worse by the week. Gonna be hard to coax much fantasy value out of these players the rest of the way, although we kind of knew that going in.

Bengals at Lions: Another blowout. Lions have been competitive in most games but this was not one of them. I've been saying that from what I see, this Bengals team is for real -- maybe not a playoff team, yet, but a talented offense (that, anyone can see) and an improved defense. Nice game for Joe Burrow and his running backs, with touchdown catches by rookie Chris Evans (a really impressive one, I shouldn't have cut him loose in dynasty) and one by Joe Mixon, too. And a diving TD for C.J. Uzomah, just to make the day even more impressive. A garbage-time touchdown for D'Andre Swift to save his day and good numbers for T.J Hockenson. Otherwise not much to see here for Detroit.

Packers at Bears: This game was about as expected, in that yards and points and big numbers weren't as easy to come by for Green Bay, but that they did enough to get the win. Chicago looked a little better on offense, with a nice game for Khalil Herbert and a slightly better game for Justin Fields, including a touchdown pass to a wide open Darnell Mooney. Increased running from Fields (6 for 43) which was nice to see. Finally. A few catches from Cole Kmet, maybe they'll think about throwing to him a little more. But not enough offense from Chicago to compete, and it wasn't because Green Bay has a great defense.

Chargers at Ravens: How about yet another blowout. This was the most surprising, but it seems teams have identified that fatal flaw on the Chargers -- their run defense -- and are taking advantage, including a Ravens team that's been mostly passing it. So of course three different running backs scored for Baltimore (yes you can release healthy scratch Ty'Son Williams). But at least Mark Andrews had a good game, Lamar Jackson with the running did OK, and I know Marquise Brown disappointed but he had a near-miss touchdown (not worth much I realize, but it's not like he wasn't involved). For the Chargers, the less said the better. Defense couldn't get off the field, offense couldn't do enough. A rare dud from Justin Herbert, who was forcing throws into well-covered receivers quite a bit.

Vikings at Panthers:This was maybe the best of the early games, where the Vikings appeared to have won things early on and some drifted onto other games, only to have the Panthers come all the way back with a blocked punt, late touchdown, and 2-point conversion to force overtime (after a Greg Joseph miss, apparently riding high on my praise of him a week ago). But Minnesota, who's starting to get the hang of these overtime and last-second games, won it with a perfect Kirk Cousins to K.J. Osborn score. Big game for almost every Viking starter. Ugly one most of the way for Sam Darnold, though some credit is due for helping to rally the team late. But jury is still out on his viability long-term.

Cardinals at Browns: A month ago a team (I think the Saints but I'm going off the top of my head) had to play without a bunch of their offensive coaches. I kind of dismissed it as a factor, but in fact the offense severely underperformed. So I thought the Cardinals might miss their offensive coaches and playcaller in this one. Uh, nope. Arizona offense put up big numbers, Kareem Hunt left with an injury, Browns missed Nick Chubb, etc. Impressive game for Arizona, it was Christian Kirk's turn to have a good game. More goodness for Kyler Murray, too. Nice rushing game for James Conner, though he helped teams less than in recent weeks because he didn't score.

Raiders at Broncos: I think we can now say that the Broncos might be too flawed on offense -- and not quite good enough on defense -- to win that many games. They beat some bad teams in their 3-0 start, and have now lost three straight to the Ravens, Steelers and Raiders. That means they've still got 4 games to play against Kansas City and the Chargers, two teams they're not gonna beat most likely. Some problems here. Garbage time numbers for Sutton, Fant, a highlight-reel run by Javonte, but just not enough of anything. Kenyan Drake scores his first Raiders touchdown, released from the doghouse of the departed head coach. Josh Jacobs also scored, much to the relief of those of us who recommended him last week. Raiders winning games with their head coach gone is pretty Raiders.

Cowboys at Patriots: Lots to talk about with this one. Huge game for Dak Prescott, but also the frustration of him losing a rushing touchdown for the second time this season (that I can recall) because it curiously wasn't reviewed. Dallas then tried it again on fourth down, only to have the Patriots force a fumble on a great defensive play. Prescott also had a perfect throw dropped in the end zone by Cedrick Wilson (well defended, but still: Pain). But Prescott finished with great numbers anyway, capped by a sweet overtime touchdown. Nice game for Damien Harris (who I advised against starting, sorry about that), monster one for CeeDee Lamb, disappointing for Amari Cooper, and the running backs didn't score either. Poor Jakobi Meyers had a touchdown erased by a penalty; still his only touchdown in his career is a passing one. Crazy back and forth game at the end with a Pick Six by Trevon Diggs and a bomb from Mac Jones to Kendrick Bourne. Pats 0-4 at home and 2-0 on the road. Weird.

Seahawks at Steelers: This was a dud in the first half, kind of what you might expect when a has-been quarterback faces off with a never-was. But things up picked up after that, with some highlight reel stuff from Najee Harris, Alex Collins (referred to as a former Raven; he was a former Seahawk too), and a few receiver plays (Diontae Johnson seems perennially underrated), resulting in another overtime game (are we on a pace for a record number of those?) decided when Geno Smith got strip-sacked for a fumble. High late-night drama, if not excellence. The Collins touchdown capped a day when backup running backs moving into the starting lineup scored all over the place, rewarding those of who took the leap. Pittsburgh's recent viability makes for an interesting AFC North in which all four teams are theoretically playoff contenders, a rare thing in this division.

Monday, Monday: Feels like a fun one tonight, with the Bills one of the league's best teams, the Titans having the league's most dominant running back right now, and some talented quarterbacks and receivers on both sides of the equation. I'm a believer in the Bills and not about to pick against them, but I do think the Titans have enough on offense to make things interesting. Until Buffalo's offense overpowers them, that is. Bills 30, Titans 23.