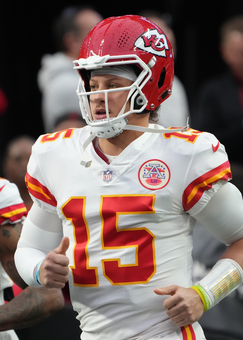 Divisional Round rankings after Friday injuries

The eight remaining teams have submitted their injury designations to the league ahead of this weekend’s eight divisional games. There doesn’t seem to be anything noteworthy or unexpected. Most of the offenses are at close to full strength.

A rundown on the eight teams appears below. Originally I had the game in chronological order, but the most notable updates are to the Bengals and Bills, so I moved the game to the top:

Weather should have some effect on the Bengals-Bills game. The forecast includes an 80 percent chance of snow, with temperatures in the low-to-mid 30s and winds around 7 mph. Conditions have been a lot worse at that stadium many times in recent years, but they look like they should raise the degree of difficulty for passing and kicking.

The Bills look like they’re pretty much healthy. Isaiah McKenzie (hamstring) has been a full participant at practice all week and doesn’t have a designation. As outlined in our scouting report, however, we don’t consider McKenzie to be a viable third receiver at this time. Cole Beasley should also see some time in the slot, and Khalil Shakir had an impressive downfield catch last week. Buffalo calls a pair of defensive linemen questionable: Jordan Phillips (shoulder) and DaQuan Jones (calf).

Kansas City has ruled out Mecole Hardman (pelvis); he hasn’t practiced at all, making it look unlikely he would be available for the AFC Championship (if KC advances to that game). The team has designated Clyde Edwards-Helaire to return from IR, but that won’t happen this week. Conditions for this game could be a little sloppy, with the forecast including a 70 percent chance of rain, showing up in the afternoon. The expected high is 38 degrees, with winds of 5 mph.

The Jaguars are calling Trevor Lawrence (toe) and Brandon Scherff (abdomen) questionable, but there doesn’t seem to be any chance of those guys sitting out. Lawrence has been questionable for each of the last six games, and there’s been no apparent decline in his physical abilities. Scherff has been questionable for the last five games, and he’s similarly played in all of them. Center Luke Fortner (back) and kick returner Jamal Agnew (shoulder) are also both questionable. Agnew was questionable with the same injury last week and played. Fortner hasn’t had an injury designation this season but has been a limited participate in practice all week.

The Eagles have two notable offensive injuries, and both players will be available. Jalen Hurts (shoulder) isn’t even on the injury report. Right tackle Lane Johnson (groin) was a full participant at practice Thursday and also doesn’t have an injury designation. The Eagles have ruled out Avonte Maddox (toe), who hasn’t practiced at all. Weather won’t be an issue for this game, with the forecast calling for temperatures in the mid-to-high 30s, with 3 mph winds and a 5 percent chance of precipitation.

The Giants list only one player on their injury report. Linebacker Azeez Ojulari (quad) is questionable. He’s been a limited participant in practice all week, making it seem like he’ll play. He’s played in eight games this year, with six starts.

The 49ers look healthy. Only two players appear on their injury report, and neither is a guy anyone was counting on. Jimmy Garoppolo (foot) and Ambry Thomas (ankle) haven’t practiced at all. Thomas is a backup cornerback who’s been on the field for only 41 plays all year. Weather won’t be a factor for this game, with the forecast calling for temperatures in the mid-50s and winds around 11 mph.

Dallas has ruled out tackle Jason Peters (hip), who got hurt at Tampa Bay. He’s started the last two games. Otherwise, the Cowboys are healthy. Only one other player on their roster appears on the injury report: safety Jayron Kearse (knee), and he was a limited participant in practice all week. The Cowboys have added Tristan Vizcaino to their practice squad, but their plan is to have Brett Maher kick on Sunday (if they’re going to activate Vizcaino, it will need to happen by Saturday).

After tweaking the projections for the eight teams, our final division draft board is as follows (using standard scoring, and putting all of the players in one list, regardless of position).