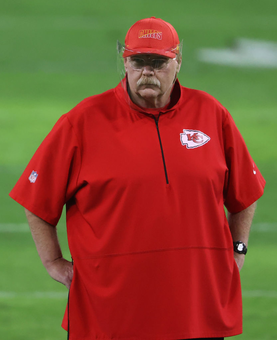 What will happen in Super Bowl LV?

ASK THE EXPERTS appears weekly from training camp through the Super Bowl with answers to a new question being posted Thursday morning. How the guest experts responded when we asked them: What will happen in Super Bowl LV?

Same thing that happens every time this Kansas City team isn’t coasting. It may still look like they’re coasting — they didn’t really break a sweat against Buffalo, which may in fact be the second-best team in the league — but they’ll be up 17 at the end of the third quarter. They’re better than everyone else, and it always shows.

Kansas City wins. So long as the critical players are healthy, they will take the win because they are just the best NFL team with Patrick Mahomes as the quarterback. Good enough defense, top players for wideout and tight end. But Mahomes provides the magic. Tom Brady and company should make it a very good game to watch and this will produce big total points. At the end of a very taxing and tiring season, this Super Bowl should be a treat. And if the Buccaneers pull off the win, they should just wave the five-year rule and induct Tom Brady into the Hall of Fame now while he is still playing.

Kansas City’s Achilles heel heading into Sunday was formerly one of their strengths--their O-line. Injuries have depleted the ranks and the Bucs D-line is playing well, so KC just needs to do what they do best, which is get the ball out quickly and spread it around. Tampa Bay needs to be able to run to maintain a balanced attack and not play from behind, as KC is much better rushing the passer than defending the run. The Bucs need to stop the pass and not let Hill, Hardman, and Kelce beat them. Even if CEH runs wild, he won't do half the damage Kansas City’s receivers would. Prediction? Take the Bucs and the points as a live "home dog" in a shootout. Fantasy-wise Brady likes Scotty Miller, especially if Antonio Brown sits out. Also like Fournette over Jones, Gronk over Brate. For KC, along with the usual gang, watch out for Mecole Hardman.

Kansas City will win on a late field goal, 31-28. A very close and entertaining game.

Readers of this site have probably seen my articles this week, indicating that I expect Kansas City to win. I respect Tampa Bay -- picked them, in fact, to upset New Orleans and Green Bay in their last two games -- and I think there's a chance their pass rush can cause problems for a Kansas City offense that won't have left tackle Eric Fisher. Just maybe they hurry some Patrick Mahomes throws, preventing downfield plays from developing and forcing a few punts. A slow start from Kansas City is also possible, as in last year's Super Bowl and the occasional playoff game in the past. But Kansas City will at least have an experienced backup at left tackle, and the team has had two weeks to craft some things to cover up any deficiencies there. I also think their defense is underrated; will be able to get some stops against Tom Brady and company. The regular season meeting was 27-10 in the fourth quarter, before a late Tampa run. Kansas City is just the all-around better team. Give the points. Kansas City 30, Tampa Bay 24.