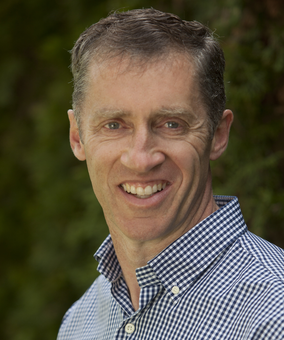 I read something that teams will forfeit games this year if a game is cancelled because of an outbreak of COVID-19. This would obviously have a negative impact for fantasy. Is there a way to figure out what teams are fully or mostly vaccinated? Or should we not even worry about that come draft day?

Teams are talking about players wearing identifying wristbands – one color for vaccinated, one color for unvaccinated. The player union is fighting that proposal, wanting to avoid outing players. And some teams and players might want to keep that information private to avoid potential harassment from fans. For the teams that use some kind of identifying system, I think it will become standard camp procedure for beat writers to identify which players are vaccinated. It’s information that has value, in my opinion (if there were two otherwise interchangeable players, I would prefer the one who was vaccinated).

Big picture, the league says it won’t re-schedule games. There will be no pushing of games to Monday night or to a future bye week. If a team is missing a dozen players, it will just have to make do. But that’s how things were happening late last year. The Broncos had to play a game with a practice squad wide receiver at quarterback, and the Lions had to play a game without a bunch of key coaches. I would expect there will be multiple games where there’s a key player sidelined by a COVID issue, but I don’t think we’ll get to point where any games where a team can’t scrap together enough players to put a team on the field. And unlikely that we’ll see a practice squad player starting at quarterback.

Just wondering if your going to have the Fantasy Index Open this year? My son and I really enjoy it and look forward to it each year.

Yes. It should be loaded onto the site soon. The format will be slightly different this year. In the past, the picks were due before the start of the first week of the preseason. This year, we’re going to allow picks right up until the start of the regular season. The hope is this will make preseason injuries less of a factor. (Consider, for example, how different your picks would have looked a week ago, before news broke on Cam Akers and Michael Thomas.)

There were five selected in the first round this year, but they come in with wildly different expectations. There’s a huge difference between being selected in the first round (JaMarr Chase, Jaylen Waddle, DeVonta Smith) and showing up 20th (Kadarius Toney) and 27th (Rashod Bateman). With the first three, the hope is for instant impact – that they’ll be stars. With the later guys, it’s iffy whether either will start in September (I don’t think they will).

Looking at wide receivers selected in the top 10, I see plenty of guys who’ve put up top-30 numbers in their first season (that’s PPR scoring, and top 30 among wide receivers). Those guys are in bold, and those with top-40 numbers are tagged with black dots. But most of them are insanely talented physical freaks. I don’t any of the three this year having the same kind of off-the-charts talent. Since 2000, there have been 28 top-10 receivers, with 8 in the top 30 and 3 in the top 40. That’s 11 of 28 in the top 40, which is decent, but 16 of the 28 didn’t rank higher than 60th, which is pretty lousy.

Since 2000, there have been 26 wide receivers selected in the first round, but in the bottom 10 picks of the first round. This is the group Bateman is in. Toney was the 20th pick, so he’s just above this group, but he seems more like a bottom-10 pick who got a little overdrafted – he seems to kind of belong here as well.

Setting aside the top 10 and the bottom 10, 28 other wide receivers were selected in the first round (since 2000). Six of these players put up top-30 numbers as rookies, including three from LSU (Beckham, Jefferson, Michael Clayton). Only one other in the top 40, for a hit rate of about 25 percent. Kadarius Toney joins this group, and he’s not a receiver I’m high on. They’ve got veteran pass catchers that I think are better than him right now. I see that the last four wide receivers selected 20th overall all had some pro success, but it came later in their careers (with Brandin Cooks, he got hurt).

Our 12-team, full-point PPR league starts 1QB, 2RBs, 3WR/TEs, and one Flex (RB/WR/TE). We do not have keepers...unless an owner drafts a rookie and rosters him for the entire season. Then, that owner is allowed to keep said rookie by "redrafting" him in year 2 in the same round he was taken as a rookie. (Example: one owner drafted Jonathon Taylor in Rd4 last year, thus he can keep Taylor as his 4th round pick this season). My question is - how should this wrinkle in our drafting rules affect the Index rankings of rookies? Is there a way to quantify it? Having control of a player for 2 years, with the 2nd year at a potentially major discount, adds value to certain players. The question is how much?

I don’t see anybody sneaking away with Najee Harris. There are many who think he’ll be a top-10 back right out of the box. If you’re looking for a Jonathan Taylor type prospect, the fit is better with Javonte Williams and Travis Etienne. Those guys are in line to be contributors this year, with the potential to be a lot better in 2022. Kyle Pitts and JaMarr Chase to be look like Najee Harris. There will be people who are really high on them, so I don’t think you’re getting them low enough that they’ll really crush their 2022 draft position. Guys like Elijah Moore, Terrace Marshall, Rhamondre Stevenson should outperform their draft position a year from now, but with each guy, you’re paying the considerable cost of having to carry them for the 2021 season, and I’m not sure any of them are worth roster spots this year. I would be way more interested in Chuba Hubbard; you would be holding his rights for two years, and it will be two for a heavily used back like Christian McCaffrey to stay healthy for 34 consecutive games. And sign me up for Amon-Ra St. Brown; he’s a favorite sleeper pick of mine.

12 team, TD-only league, 15-round draft, starting 2 WRs but only one player at each of the other positions. How would you rank the various positions in order of draft importance and what would be your general draft strategy overall?

TD-only is a different animal. And you’ve got it set up with only 180 players being selected. There will be numerous viable players showing up on the waiver wire during the season – backup running backs who become starters and rookies that people overlook. Almost nobody, I think, will carry a backup kicker or defense, and I don’t think anyone will carry three quarterbacks – you’ll also be able to find serviceable fill-in players at that position.

I would be hoping to start with one of the two elite wide receivers – Davante Adams or Tyreek Hill. I’d want to select a running back in the first three rounds. And I would want to secure a good quarterback. There will be plenty of decent baseline quarterbacks available, but there’s value in latching onto one of those guys who puts up 40-plus touchdowns. Mahomes and Josh Allen, I think, should be going in the first half of the first round. After that, I’d be thinking about the best balance of a player and where he might go (I’ve got 10 QBs going in the first three rounds of your draft).