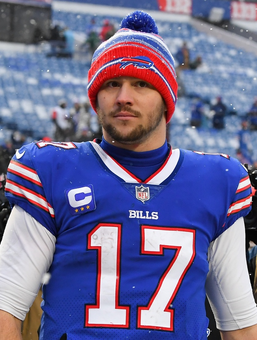 Arctic conditions could slow down offenses on Saturday

It will be frigid in Orchard Park tomorrow. Single digits. The expected day-time high is 10 degrees, and this is an evening kickoff. What kind of effect (if any) will this have on the offenses of the Bills and Patriots?

I would think that for both teams, the conditions will translate into more running and less passing. That’s the way it tends to play out when the temperature drops. Neither Dan Fouts nor Ken Anderson, going way back, put up good passing numbers in the Freezer Bowl in 1982. And neither Bart Starr nor Don Meredith (going even further back) was passing much in the Ice Bowl.

In the last cold-weather playoff game, the Seahawks beat Minnesota 10-9, with both Russell Wilson and Teddy Bridgewater passing for fewer than 130 yards. Both of those teams, of course, also had great defenses, but the weather likely played a role.

Since 2000, there have been 13 games played in single-digit temperatures. We can look at the team totals for these games and see that passing production tended to be down. Not every time. Josh McCown somehow passes for 341 yards and 4 TDs in a game against Dallas in 2013. And Matt Schaub pulled off a 414-yard game at Lambeau in 2008. But far more often, quarterbacks tend to finish with fewer yards and touchdowns when we get down into single digit games.

The teams as a whole averaged 17.9 points in those games – scoring was down.

For tomorrow’s game, unlikely, I think, that either Josh Allen or (especially) Mac Jones puts up monster numbers. They’re fighting the conditions, and they’re also going up against the two defenses that ranked 1st and 2nd against the pass. Allen, of course, is a little different in that he’s both a runner and a passer; he also has considerable experience playing in adverse weather – both in Buffalo and at Wyoming.

I think it’s the running games that get more interesting tomorrow, particularly with both New England and Buffalo having problems against the run at times. With the Patriots, three times late in the year running backs who weren’t even on rosters in the first half of the season went over 100 yards against them – D’Onta Foreman, Dontrell Hilliard and Duke Johnson. Devin Singletary has been coming on anyway. I like the look of him for this game.

And the Patriots have had success slamming away with Damien Harris and Rhamondre Stevenson. If they’re able to pull off an upset in this one, it will be with the running game playing a big role. New England ran the ball well in its earlier game at Buffalo (which was also affected by weather).

Looking at the previous cold-weather games of the last 20 years, I see teams averaging 28 carries for 121 yards, with 23 TDs (in 26 games). That’s more in line with what you would expect in regular weather (if not maybe even a little higher).