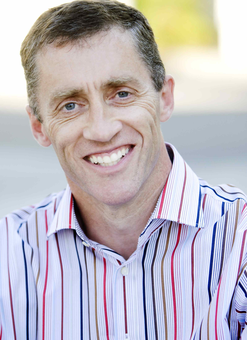 Regression to the mean

Should we all be trying to draft Tavon Austin?

Regression to the mean. It’s one of those phrases that gets kicked around. You always want to be hesitant to draft guys coming off a really big year, because it’s almost impossible to put together another season like that. Like with Cam Newton at quarterback, or a wide receiver like Antonio Brown.

Brown was so great last year, that if he finishes this season with about 110 catches and 8 TDs, he’ll probably be a disappointment, relative to how much it will cost to get him.

But if we’re not drafting Newton, Brown and Julio Jones, who are we drafting? That is, how far down the list do we need to go before we start getting players with a good chance to outperform where they’re selected?

I am not going to spend a ton of time on this today because we’ve got a magazine that needs to move out the door next week. But I thought I would get the discussion started.

To simplify things, I’m going to focus only on wide receivers.

What I did was pull up all of the wide receiver stats since 2000. Then, if a player either retired or got injured, keeping him from even playing the next year, I tossed him out. I didn’t want guys like Jordy Nelson (from last year) polluting the study. Let’s just look at guys who actually played.

Then I pulled out the top 40 receivers for each year. So we’re talking about 600 total players in this study. We’ve got their stats, their rank for that season, and then how they fared the next season.

Then we can look at whether they held up the next year – whether they kind of delivered what they were suppose to deliver.

So let me dump this chart on you. But let me walk you through what it is, so you don’t take one look at and say, “what the …?”

Next we’ve got their actual production. The 15 wide receivers who finished #1, on average, scored 238.3 fantasy points in those big seasons. That’s using standard scoring.

Next, in the “Next Year” column, we’ve got their production for the following year. Note that every single slot declined. That lost production is being accounted for by players who didn’t rank in the top 40 the previous year – rookies and backups. Also remember that if a player didn’t play at all (Jordy Nelson and some others like him) he never got in the study in the first place.

Next there is a “Percent”. This weighs the production of the follow-up year, next to the startup. For that first year, for example, the No. 1 receivers from the 2000-14 seasons averaged 238 fantasy points. The next year they came back, played, and averaged 164 points. They produced 69 percent of the overall production. Notice that all four of those first slots came back with a decline of at least 25 percent.

Next up there is a “90+%” column. This shows the number of wide receivers in each 15-man group who came back the next year and put up stats that were at least 90 percent as good. In the first group, only 3 of 15 wide receivers were as good. For the #2 and #3 receiver groups, the hit rate was 5 of 15. That’s not as good, that’s in the same ballpark – using the arbitrary figure of a 10 percent dropoff.

Finally, there’s a “holding value” column, emphasizing which draft slots are falling off the most. They all declined. If a group has only 2-4 wide receivers (out of 15) that were 90 percent as good, it gets the “• less than a third” designation. If, for a group, more than half of the wide receivers came back and hit that 90 percent mark, than it gets the “more than half” verbage.

Using these various columns, it looks like the best hunting areas for value is with the wide receivers about 20 in. The very best spot as been No. 19. Tavon Austin finished in that spot last year, so I guess maybe Jeff Fisher knows what he’s talking about.