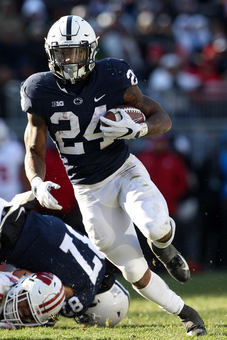 Landing spots unappealing for most

There are two reasons why most mock drafts end up being wildly inaccurate. One is that media types/draftniks frequently grade players much differently than actual NFL teams. Two is that teams select players at positions that don't necessarily seem to be needs, much to the dismay of fantasy teams.

A couple of examples of the first issue come at quarterback and wide receiver. The Broncos were reportedly so enamored of Drew Lock they were going to select him in the first round. They did trade up to take him in the second, but he was actually the third player they drafted -- not quite as coveted as some expected, and in a draft location that seldom yields franchise quarterback. And remember the stories Thursday that somebody would trade up to select Will Grier at the end of the first round? Grier wasn't drafted until Pick 100, barely even a Day 2 pick.

The shining one at wideout was D.K. Metcalf, who thrilled everyone with his ridiculously sculptured physique and 4.3 speed at the combine. Metcalf seems to have a great landing spot in Seattle, with news that Doug Baldwin's body has completely broken down, but he barely made it into the second round (last pick) and was the 9th wideout drafted. Most media observers thought he'd be among the top 2 or 3.

But I'd rather talk about running backs selected last night, and it's hard not to be disappointed with the landing spots of some of the draft's top backs. Both for who they'll need to work past to make an impact, and then for some of the incumbents. There's also the fact that nobody seemed overly eager to select any of them. When the third round started, only two had been selected.

Miles Sanders, Eagles. Sanders (pictured) followed Saquon Barkley at Penn State, and he's got some Barkley to his game in both his moves and running style. Obviously, he's not as coveted a prospect; not as big (5-11, 211) or fast (4.49). Philadelphia selected him late in the second round.

His landing spot, at least, looks excellent. While not a Barkley-level receiver, he caught 24 passes last season, and is definitely better than Jordan Howard in that regard. He had the best 3-cone time among running backs at Indianapolis, a drill that showcases agility. Without much ahead of him on the Eagles roster, Sanders looks like one of the likelier rookie backs to take on a large role quickly. Probably a top-5 pick in rookie drafts.

Darrell Henderson, Rams. Watching video on all these guys, Henderson was possibly my favorite rookie back. He's got heavily muscled legs and looks a little like a Tasmanian Devil; there's an electric quality to him when he gets going. So the fact that he's going to a team with Todd Gurley is disappointing.

Or is it? The fact that the Rams matched Detroit's offer for backup Malcolm Brown AND traded up to select Henderson augurs poorly for the status of Gurley's balky knee. Henderson won't be coveted in rookie drafts, I don't think, but the chance of him making a rookie year or 2020 impact looks promising, given Gurley's uncertain health.

David Montgomery, Bears. Montgomery was another back I kind of liked, a three-down guy at Iowa State the last two years. He ran just a 4.63 at the combine and doesn't show any breakaway ability, but Kareem Hunt and James Conner ran similar times and have been fine in the pros. The Bears dumped Jordan Howard and only signed Mike Davis, so them selecting a back wasn't shocking.

But Montgomery won't be a three-down guy on a team that has Tarik Cohen. It's basically a landing spot that suggest Montgomery won't play more than half the time, while also hurting Cohen's value if Montgomery is as good as I think he is. And the sleeper appeal of Davis, who I also like, is kind of shot.

Devin Singletary, Bills. Singletary was a workhorse runner for Florida Atlantic and caught 45 passes his first two years, so in theory he could play on third downs. But he was barely used in that capacity last season (6 catches), doesn't have great speed (a 4.66 at the combine) and is pretty small (5-7, 203). The Bills must have liked him a lot to draft him in the third round, but now it's a ridiculously crowded running back room: McCoy, Gore, Yeldon and Singletary. Sure looks like McCoy is going to be released (as Ian pointed out the other day, the soon to be 31-year-old makes too much money to be a good trade candidate). If and when that happens, Singletary becomes a little more interesting (I don't know that Gore or Yeldon are guaranteed roster spots either), but for now it's pretty hard to see a clear path to fantasy significance.

Damien Harris, Patriots. Sigh. Harris, Josh Jacobs' backfield partner at Alabama, doesn't look particularly exciting doing anything, but he's got a solid, lunch-pail running style as a hard-nosed back who will run the plays that are blocked. A perfect pick by the Patriots, of course, who annually bring in that kind of back, the likes of Corey Dillon, LeGarrette Blount and Jeremy Hill. Now Harris is in the mix for those early-down carries.

Of course, everyone figured the Patriots were set on early downs after drafting Sony Michel a year ago. Harris immediately becomes an important handcuff for Michel owners, and his own path to carries is clouded. Obviously, the Patriots still have James White for passing situations and even Rex Burkhead to take chances away from pretty much everyone.

Alexander Mattison, Vikings. Dalvin Cook teams have their clear handcuff in Mattison, who the team took at the very bottom of the third round. The Boise State back has good size (5-11, 221) and a hard-nosed running style, not much speed (4.67). He caught 55 passes the last two seasons, which gives him three-down potential, and after losing Latavius Murray, Minnesota doesn't have a proven No. 2.