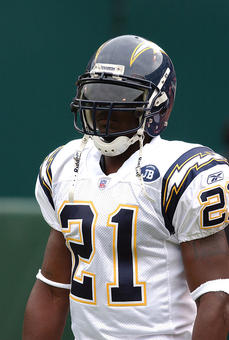 There are running backs angling for new contracts. Derrick Henry and Raheem Mostert have been in the news recently. And Dalvin Cook, Joe Mixon, Alvin Kamara, Aaron Jones and James Conner. But the big-picture odds are stacked against all of those guys.

Under the current labor deal (which will run through the upcoming decade) players are all assigned slotted contracts. The money you get for those first four years is pre-determined, and everybody gets an initial four-year contract. Those can’t be negiotated. For the first-round picks, the team also gets the ability to pick up a fifth-year option.

Only after four (sometimes five) years can a player reach true free agency, and for the rare cases, the team has the ability to kick the can down the road an additional year by using a franchise or transition tag.

It’s a system that works better for the other positions. With the running backs, the vast majority of careers are over before the player ever reaches the free market. And for the few elite running backs who become free agents, it’s fair to wonder if they’ve already played their best ball.

Kamara, Conner and Aaron Jones, for example – have those guys already played their best seasons? Probably (or at least maybe).

Only 11 of these 100 seasons were put together by running backs at least 30 years old.

It’s a young man’s position, and it’s hard for them to ever really hit the jackpot.

Note that for Cook, Mixon, Kamara, Jones and Conner, they’re all entering their fourth years. So if they sign extensions before the season begins, it’s with the team holding more of the cards. If any of those players wants to reach true free agency, they have to make it through the season without suffering some kind of career-altering injury (difficult at this punishing position). And they would have to then hope that the team simply didn’t push free agency back a year by using some kind of tag.

I wish the Player’s Association had done more to address the running back problem before agreeing to latest labor deal. It did not, so what we’ve had for the last decade is what we’ll continue to have for the foreseeable future.

On the chart below, players outside their first four years are tagged with dots. Players who were at least 30 at the end of the season are in bold.

With Washington having released Derrius Guice, the chances of Adrian Peterson being its starting running back have increased. At 35, he potentially could become the league’s oldest-ever 1,000-yard runner. Currently, there are only two 35-year-olds who have gone over 1,000. Who are these backs? They did it 20 years apart. (Both of these backs were 35, but both were over 4 months younger than Peterson.)