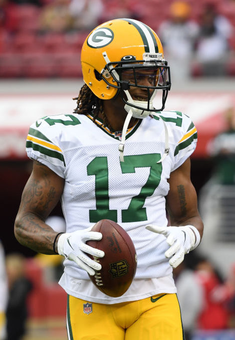 Load up on running backs early?

In the first few rounds of a PPR draft, there’s a pressure to take running backs. Or is that overblown? There was no need to go running back crazy in my most recent mock draft.

This one is the Fanex Analysis Draft, which is ongoing at MyFantasyLeague.com. You can click on the link to see the picks of the first four rounds, along with the commentary of the 12 owners (all writers for various fantasy publications).

I drew the No. 6 spot. One of my least-favorite drafting positions this year (and a reminder of why I prefer auction formats). Nonetheless, this is what I’m working with.

The first four choices were as you would expect, then Alvin Kamara went 5th. So my options for my first pick were Derrick Henry, Dalvin Cook and Davante Adams. Travis Kelce and Patrick Mahomes also arguably could be made part of the conversation, but because of positional scarcity issues, I wasn’t interested in selecting them in the middle of the first round – there will be plenty of good tight end and quarterback picks in the middle rounds.

This is a no-moves league, so I ruled out Cook. I didn’t want to take on the worry about him getting hurt. A healthy Cook would be better than Henry but would involve having to use a good draft pick to obtain Alexander Mattison. So it was going to be Henry or Adams.

Adams projects to score more points (this is PPR scoring), but Henry plays the more difficult-to-fill position. And Henry has been awfully durable. I don’t think he’s ever missed a game with an injury. He was a healthy scratch once as a rookie. They held him out of one late last year, but I think that was connected with them wanting to have him 100 percent and fresh for a more meaningful game in Week 17 – had that been an important game, I think he would have played.

I went with Henry, figuring that would free me up to select wide receivers with probably four of my next five picks (and I know there will be good pass catchers available in the second through sixth rounds.

Coming back into the middle of the second round, I fell one short of being able to select another Alabama running back, Josh Jacobs. So the top running back on my board at this point was David Johnson. Nice prospect, I think, but a little early for him. Tyreek Hill and Julio Jones, meanwhile, were still sitting there – the 3rd- and 4th-best wide receivers on my board. Having banked a running back in the first round, I felt comfortable selecting a wide receiver.

Third round: for the first time in this draft, I’m happy with the way things fall. David Johnson (who got some consideration in the second) is still sitting there. He’s the pick, and I’ve completed the required work at running back, setting me up to start collecting wide receivers. (In this format, you typically use four wide receivers most weeks.)

Fourth round, it’s Tyler Lockett. I’ve got him ranked higher than 10 other wide receivers who’ve already been selected.

If we look back in hindsight on this thing, it looks like I would have been better off selecting Adams back in the first round. I could have started with Adams, then either Julio Jones or Hill in the second round, and I would have still been able to select two competent running backs in the third and fourth rounds. David Johnson in the third, of course, and we’re nearing the end of the fourth now, and there are a number of serviceable running backs still available, including Chris Carson, Devin Singletary and David Montgomery.

Using my projected points, had I gone WR-WR-RB-RB, I would now be 10 points ahead of where I’m at by going RB-WR-RB-WR. The team would have gotten worse had I gone RB-RB-WR-WR. If one of those falling running backs makes it into the fifth round, then I’ll wish I had opened WR-WR-RB-WR.

Still plenty of good wide receivers left. I expect that will be the position I’ll address with my next 2-3 picks.