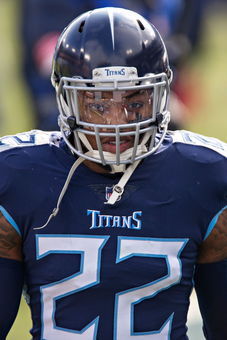 What were your best and worst calls this season?

Noteworthy hits and misses from 2020

ASK THE EXPERTS appears weekly from training camp through the Super Bowl with answers to a new question being posted Thursday morning. How the guest experts responded when we asked them: What were your best and worst calls of the 2020 NFL season?

My best call was Derrick Henry, though even I did not project him to break 2,000 rushing yards. He was a beast nearly every week and usually was there in the later part of the first round or even early second. You cannot understate the impact of having a player that can crank out 25- to 30-fantasy point games. My worst -- and it hit me on a lot of my teams -- was being high on Cam Akers. I think he is getting up to speed over the last month or so, but running backs do not usually take long to perform well and it was clear he was not considered ready for the first half of the season. And that killed fantasy teams that had drafted him expecting a fantasy starter.

In the Fantasy Index Experts Auction League, a few I hit pretty big on included Tom Brady, Nick Chubb, Kareem Hunt, Jarvis Landry and Justin Jefferson. Some merely good ones included Baker Mayfield, Antonio Gibson, Gronk, Kupp. Total whiff on Kittle, Edelman, Jimmy G., Sony Michel, Parris Campbell. In a Twitter FFB Analyst league, I traded away McCaffrey for Nick Chubb around Thanksgiving week, very proud about that one. The worst move I made in that league involved having Rivers stashed on my roster all year to use during the bye week for Patrick Mahomes, but on Sunday morning I decided to drop Rivers and add Derek Carr, who proceeded to have one of his worst games of the season.

Aaron Rodgers in the second half of the 2019 season averaged 210 passing yards per game, with 10 TDs. The Packers brought back the same coaching staff and didn’t get him any pass-catching help. Instead, they traded up to select his replacement in the first round. So Rodgers wasn’t a guy I was even thinking about at all as a top-10 quarterback. And I still don’t understand how or why it happened. I had a few good selections as well, but those aren’t as fun.

Entering the season, I ranked Saquon Barkley as the No. 2 RB in PPR formats. That was not a very good decision. On the flip side, in Week 16, several subscribers doubted my top 10 ranking of Dolphins RB Myles Gaskin coming off the reserve COVID-19 list. I personally spoke to a few of them and convinced them to start him. As a result, they won fantasy championships that week when Gaskin produced 20-plus points against the Raiders with two scores.

Convinced that Patrick Mahomes would be a significant weekly edge at quarterback, I drafted him in the second round of multiple leagues. Mahomes was great and had a number of big weeks, of course, but was not dramatically (if at all) better than a number of quarterbacks selected three rounds later (Allen, Murray, Watson), six rounds later (Rodgers) or not drafted at all (Herbert). I will never select a quarterback in the first two rounds again. For good calls, I'll go with Calvin Ridley and T.J. Hockenson, guys who worked out very nicely all season.