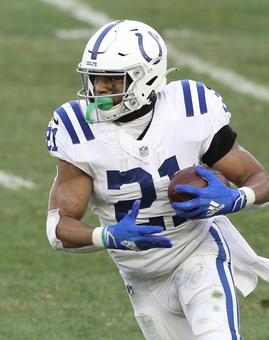 After years of just playing redraft, I'm now starting a dynasty league. I wanted to ask you what your preferences were for format, roster size, lineups, scoring, etc.

I’m not a big fan of PPR scoring. To me, if a running back runs for 90 yards (but catches no passes), he should be more valuable than a running back who runs for 35 yards and catches 3 passes for an additional 30. But that debate has been aired thoroughly.

Roster sizes are key. If you limit teams to fewer players, it makes it harder for park prospects deep on benches, waiting for them to develop. If you have smaller rosters, there will be more waiver moves throughout the season. If you have giant rosters, there probably won’t be much available on the waiver wire.

Draft or auction? To me, if it’s a dynasty league, with players locked to rosters for years, I want to see everyone have a chance at the elite talent. I don’t want to see Kyle Pitts and Najee Harris go to the two teams that finished with the worst records last year. Better, I believe, for those players going to the teams most willing to clear out enough cap space to get them.

To me, there’s a difference between drafting a player and happening to hit on a waiver claim during the season – one of these guys who suddenly becomes relevant. So I like the idea of treating the rights to those players different. “If a player is picked up on the waiver wire during the season, he can’t be protected heading into the next season.” I think that might be a good rule. It would add some good talent into the main draft.

These are just ideas. I haven’t been in a dynasty league in about 25 years. Hopefully those are currently in that kind of league will weigh in, pointing out some of the strengths and weaknesses of different rules.

In the top tier of RBs there are a few who are outstanding for PPR: McCaffrey, Kamara, and Ekeler. Who do you see will be among the top 10 in receptions among "third down" backs.

We should agree on what’s a third-down back. Your three backs are both really good as pass catchers, but they’ll also lead their teams in rushing. They’re doing more than just playing on third downs. Below are 14 running backs I believe will catch 30-plus passes in the upcoming season, but who won’t (if my projections are correct) lead their teams in rushing. Some of these guys won’t be considered to be third-down backs by most. Many, I think, believe Chase Edmonds, James Robinson, David Johnson, Devin Singletary and D’Andre Swift will lead their teams in rushing. I don’t (I think that on each of those teams, some other running back will run for more yards). On the chart below, there are seven guys who without argument are locked in as true, classic third-down backs – they’re primarily pass catchers rather than runners – and I’ve got them tagged with black dots.

Of the true third-down backs listed below, two of the top three will be playing with new quarterbacks who haven’t tended to check the ball down on dumpoff passes as often as the guys they’re replacing. Carson Wentz doesn’t pass to running backs as often as Philip Rivers (hurting Nyheim Hines). And Ryan Fitzpatrick is more of a downfield passer than Alex Smith (damaging J.D. McKissic). The running back between those guys – James White – is also heavily tied to his quarterbacking situation. If the Patriots are starting Cam Newton, I don’t think we’ll be able to count on White catching a healthy stream of passes. If and when New England switches to Mac Jones, White’s workload should pick up.

It was a pleasant surprise to get my copy of the Index a few days ago (so early!), then another pleasant surprise to see my name and question right after the table of contents page. Thanks for both. But now to the point/question. Rushing success versus offensive line effectiveness. There is much talk all around, from the Index to other outlets, about how Najee Harris may struggle because of Pittsburgh's issues at OL, yet you guys (as well as most others) rank McCaffrey and Cook the top two backs while ranking their respective OLs 32nd (McCaffrey) and 29th (Cook). Furthermore, there is Barkley's line at 27th. Are so many overrating OL when comes to Harris and underrating it when it comes to the other guys? And how important is OL to RB success? If you would have asked me I would have said it is crucial, but maybe not.

It’s less important with McCaffrey, I think, because he’ll catch 80-plus passes. When a player has that kind of role in the passing game and is also his team’s main runner, he’ll be an effective, productive player. Cook and Barkley aren’t as productive as pass catchers, but they’ve at least shown they can be effective. Cook didn’t have a good line last year and was awesome; that makes it tough to drop him too far on your draft board. And the Giants got their running game going pretty good in the second half of last season. Wayne Gallman is no Barkley but was a top-10 rusher in the second half of the season.

Najee Harris is different than Cook and Barkley in that he hasn’t proven he can do it at the pro level. And history shows us that plenty of seemingly promising rookie running backs have gotten pretty ordinary in a hurry. With Harris, he’s on a team with a good history of being able to figure things out, but there doesn’t appear to be any viable plan for the offensive line in Pittsburgh. I just don’t see that unit being any good.

Normally by this time of the year ADP has normalized somewhat but it's still all over the place, making it harder to draft for value when the next guy that I like this year is two rounds after where I'm drafting next. In a year where I'm expecting scoring to be a little lower how important is it to take 'safer' picks and hold off on my targeted players?

There are no guarantees with ADP. That’s just an averaging of where players have been chosen in other drafts, by people who aren’t in your league. Looking at the figures at fantasyfootballcalculator.com, for example, I see that Najee Harris is projected to be the 27th pick in PPR leagues. In the 12-team PPR leagues I’m in, I don’t think there’s much chance of Harris making it out of the second round. In general, I would be reluctant to make many selections where you’re skipping over the player that you actually want (thinking he’ll be available in a later round). Those have the potential to backfire, and the payoff isn’t necessarily great.

Looks like Julio Jones trade happened after the Index went to press. How do you think this effects AJ Brown and would you move his ranking from 6 in standard scoring?

I think it hurts Brown, but not dramatically. He’s better than Jones, I think, and he’ll still be used extensively. The Titans don’t flood the receivers with situational receivers as often as other teams. I think they’ll rely primarily on three pass catches – Brown, Jones and tight end Anthony Firkser. Josh Reynolds will be their third receiver, but I expect him to be a nominal contributor. Brown shouldn’t dominate the touches as thoroughly now. If you wind the clock back to the middle of May, Brown looked like a good candidate to be the league’s most extensively featured receiver – maybe accounting for over a third of his team’s receiving production. While that’s not going to happen now, Brown might be just as productive – with the team itself finishing with more passing yards and touchdown passes. Brown would be welcome to a starting spot on any roster I’m constructing.

I have been using FFI for 30 years now, and I love all the features on the website. I have set up my own scoring system based on the league I have been playing in all those years, and I use that to generate personalized cheat sheets for my draft. We use kickers and defenses in our league, and the rankings used to include them in the overall listing of players. That was useful to get a ballpark idea of when to look at drafting kickers and defenses, but the rankings don't seem to include them in the overall listing now. Is there any reason for that?

We extensively re-worked the presentation of the rankings last year, allowing the reader to toggle back and forth between an overall list (showing 200-plus players) and a list showing rankings for each position. In the overall list (which is color-coded), it looks a little funny when you’ve got six different positions. It’s complicated enough when it shows just QB, RB, WR and TE. And with kickers and defenses, they get a little funny. Where they show up in an overall can be heavily influenced by your rules.

If the vast majority of teams, for example, are selecting only one kicker, that position can safely be left until the last round or two. But if you’re in a 12-team league where everyone’s taking two kickers, that becomes viable. So the decision was made to have kickers and defenses separately. Most readers have a sense of where the first kickers and defenses tend to go in their league.

But now that you point out that you’d like to see where kickers and defenses would be ranked, I see a loophole in our logic. In your league (where you’ve entered the supply-demand parameters in the custom scoring) there isn’t the issue of how many players are being selected or how many kickers will be chosen. That’s accounted for, allowing for kickers to be more reasonably slotted in the overall. Let me talk that over with the techs and see what we can do. For now, you can click on the “auction values” portion of the rankings. That will show you where the first few kickers show up on the overall board. (The values go down to the penny, with figures like $1.83 and $1.62; that first kicker in an overall would come in ahead of all players with a lower auction value.)