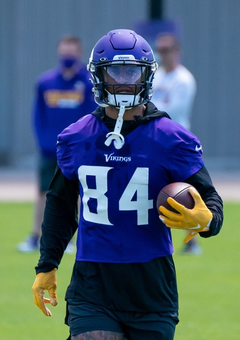 What are the ingredients for a breakout tight end? That is, when you have a tight end suddenly showing up in the top 5 statistically, where do those players tend to come from?

Looking at the past 20 years of stats, I see only 30 tight ends finishing with top-5 numbers who didn’t rank in the top 15 the previous season. About 1-2 per year. We can then look at these tight ends and get an indication of what kind of players we should be looking for in the future.

Of the 30, two thirds were players who didn’t really get a chance to be big-time players the previous season. They either missed a bunch of games with injuries or simply weren’t used much.

Only eight of these 30 were guys who were playing but simply weren’t that effective. And even for those eight, five of them were players in their first or second year – on the field, but players where the team wasn’t looking for them to do much. So really, only three of the players below were given much of a chance to put up good numbers in their previous season.

I’ve jotted a brief note down about each player, trying to explain why he didn’t put up good numbers the previous year.

Well, if we’re going for guys who missed a bunch of time last year with injuries, George Kittle and Dallas Goedert would be the leading candidates. It’s really not even fair to list Kittle, since he’s put up historic numbers in the past. And I think Goedert will rank among the top 10 on most draft boards this summer.

If we’re looking for a young guy who’s going to get more opportunities, probably Irv Smith (pictured) of the Vikings. With Kyle Rudolph gone, I think they’ll be looking to use Smith a lot more this year. And that’s an offense where they don’t to spread the field much with multiple receivers. They’ll be relying primary on Justin Jefferson, Adam Thielen and Smith – I don’t think they’ll have a prominent third wide receiver.

I like Anthony Firkser, but it would be a tall order for him to move all the way up to the top 5.