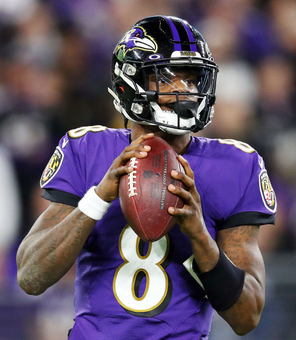 It seems to me, there’s a shortage of really bad teams this year. By definition, there will be 10 offenses that finish with bottom-10 numbers, but it’s hard to come up with enough teams to fill that group.

Texans and Lions, I think most will agree, look like bottom-5 offenses. And it’s reasonable to put the two New York teams in the bottom group, with them each having produced only 25 touchdowns last year. But the Jets look a lot better, with better players and a better scheme. And the Giants added a pair of pass-catchers and have Saquon Barkley coming back.

Jacksonville and Chicago, I guess, will go in this bottom-10 group. They both have up-and-coming rookie quarterbacks, but those guys could be undermined by leaky offensive lines. (I believe I previously had Jacksonville above the top 10, but it’s apparent after Monday night that they have a lot to figure out).

The other four offenses in my bottom 10 all have some selling points: Bengals, Falcons, Dolphins and Panthers.

Updated numbers are below, and these numbers are tied to player projections that went out on Thursday. As part of the weekly process, I organized the teams 1-32 in each of the four major categories – passing yards, rushing yards, passing touchdowns, rushing touchdowns. When I tweak a team up a little in a category (like the Saints, Steelers, Broncos and Patriots this week), those extra stats then flow proportionately to the players on those teams.

Also as part of the weekly audit, I’m looking at projected games played for each player, and how the stats on each franchise are divided among their skill guys. And as the final step, I order the players by position and go down the list, asking myself if I really want A before B before C before D.

I spent about 5 hours on the adjustments yesterday. The hope is that it results in a better overall draft board. (Sometimes I worry about overanalysis setting in – as the months go by, you perhaps forget some of the good reasoning to a projection that was created back in May or perhaps giving too much weight to something that happened in a preseason game.)

With the rushing projections below, they’re based on standard scoring, with 6 points for rushing touchdowns and 1 point for every 10 yards. San Francisco is the big mover up this week; when they get Trey Lance in the lineup, that should really open up that ground game – the 49ers averaged 144 rushing yards two years ago, despite having an immobile quarterback.

With the passing projections below, they’re based on 6 points for touchdown passes and 1 for every 10 yards.

I’ve got Baltimore down at 203 passing yards per game – 20 fewer than any other offense. I understand they’ve added Rashod Bateman and Sammy Watkins, but I don’t think that offense is going to be notably different than what it’s been in recent years. Lamar Jackson, I think, will continue to be terrorizing defenses with his scrambles, but I don’t think he’ll be passing a ton. He’s averaged only 161, 209 and 184 passing yards per game in his first three seasons – that’s just kind of what they are.