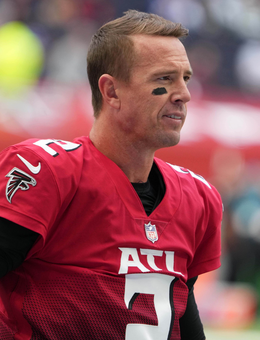 What do you suppose the drama in Las Vegas will have on the players? I'm rostering Carr, Jacobs and Ruggs. What are your thoughts on their play going forward?

Losing Jon Gruden, I think, is significant. I think he’s probably one of the 10 best offensive minds in the game, and he was the puppet master there – the key figure in drawing up game plans and calling plays. Think of Sean Payton. When he was suspended for the 2012 season, the Saints scored 9 fewer touchdowns. Or Kyle Shanahan. Atlanta’s offense scored 58 touchdowns when he was their offensive coordinator in their Super Bowl season, but dropped to only 33 without him the next year. When Bruce Arians left Arizona, that team scored 70 fewer points the next season. Coaches matter. I’ve been working up a chart on this, and it will be published tomorrow. Coordinator Greg Olson is running that offense now. He’s previously been in charge of nine NFL offenses, and all but two of them ranked in the bottom-10 in scoring.

Is there any point in even rostering a Baltimore running back? Jackson is having a great season, but it seems that their running backs are valued more for their blocking ability than anything else. I believe, even if Dobbins had made it through the pre-season, he would have been just as irrelevant as Ty'Son Williams or Devonta Freeman. Murray is out there seemingly just to block as he can't run side-to-side, only straight ahead. It seems like the Ravens also need to have a contingency plan, in case Jackson gets hurt, as their playbook is getting pretty stale other than the section with RPO's and QB draws.

That’s a good point on J.K. Dobbins. I don’t think he’s a transcendent running back talent. He’s better than the backs they’ve been using, but there are other factors at play. The offensive line isn’t as good, in part because of injuries. Orlando Brown is gone and Ronnie Stanley and Nick Boyle are hurt. They’ve moved away from the formations with two and three tight ends, trying to get the passing game going. They’ve had success on that front (with Lamar Jackson passing for over 300 yards in back-to-back games) but it’s come at the cost of losing that consistent, punishing running game. I would be surprised if we get to the point where Murray, Williams, Freeman or Le’Veon Bell can be counted on to put up top-25 numbers at running back.

A huge thank you for all the great, in-depth information. Our league has a drop/add night every 3 weeks. I opted to draft a solid roster and stream the QB through the season. I was lucky enough to pick Darnold for the first 6 weeks, and he might be good enough to use the rest of the season, but ... who might be a streaming option for weeks 7-9, and again for 10-12? My choices are: Winston, Teddy, Tua, Z Wilson, Ryan, Heinicke, Mayfield, Danny Dimes, or Geno.

As crappy as he looked in Week 1, when the Falcons were being overrun by Philadelphia, Matt Ryan has turned things around. He’s averaged 292 passing yards in his last four games, with multiple touchdowns in all of them. And the Giants have been surprisingly competent throwing the ball, going for at least 249 yards in every game – Jones just needs to get a little at finishing drives (they’ve thrown only 5 TDs). With Jones, unlike Ryan, there’s also a rushing element; he had run for at least 27 yards in every game before suffering the concussion on Sunday. And I think Taylor Heinicke is in the discussion; he’s averaged 272 passing and 28 rushing yards in his four starts, with a combined 8 TDs. I think those are the three candidates you should be looking at. Mayfield had a productive run at the end of last year, but he’s really struggling right now – at this point, looks like a Jared Goff or Jimmy Garoppolo type quarterback.

What's the skinny on Watson, I'm not in a dynasty league and I have him on bench. Any reason to think he might be helpful for 2021?

I don’t think so. The trade deadline is coming up in just over two weeks (Tuesday, November 2). Perhaps they move him by that time, but there’s still two or three dozen criminal and civil cases that need to be untangled and resolved. That will involve a substantial league suspension, with a possibility of Watson being moved to the Commissioner Exempt list if a team tried to put him on the field. And he’d still need to learn a new team’s offense. With Watson being arguably a top-5 quarterback, you can still make a case for him as a top-10 quarterback in a keeper or dynasty format. But for a 2021 league, I think there many more promising flyer-type guys available.

Is it time to move on from Tennessee's passing game ? The way that they rely on running the ball is making A.J. Brown seem like a flex play at best. I have Thielen, Hollywood Brown, Antonio Brown and Mike Williams. I'm thinking about dropping A. J. to add Arnold. Need a backup TE.

I like Arnold. They completed 6 passes to James O’Shaughnessy back in Week 1, and I think Arnold is now locked into that role. He caught 6 passes on Sunday, in his first full game with the team. But I wouldn’t be giving up on Brown. He’s working his way back from a hamstring injury. They had him on a pitch count last week (he was on the field for fewer than two thirds of their plays). Brown played only briefly in Week 3 and missed the Jets game. He just needs to get healthy. You’ve got four other really good wide receivers, of course, but I would expect there will be many weeks where Brown grades out higher than at least some of them.

What current RB/WR 3s and 4s do you think have the most upside to jump from their current positional ranking into the top 20 over the remainder of the season?

With the way Kadarius Toney has blown up (catching 16 passes for 267 yards in his last two games) I think it makes some sense to add Rashod Bateman with the last spot on your roster. I don’t think Bateman will make much of an impact, but that was my thinking with Toney a few weeks ago. The Ravens have been putting it in the air more recently, with Lamar Jackson throwing for more than 285 yards in three straight games. If they keep heading in that direction, perhaps with Jackson throwing 35-40 touchdowns, there will be room for another productive pass catcher in that offense. There are also a bunch of good veteran receivers who’ll be coming back from injuries, including Michael Gallup, Jerry Jeudy, T.Y. Hilton, Marquez Valdes-Scantling, Curtis Samuel and Will Fuller. At running back, the 49ers have a pair of injured veterans who’ll be coming back: Jeff Wilson and JaMycal Hasty. We’re getting near the point where it could make sense to add them to the tail ends of rosters with the hope of getting a few starts at some point.

What do you think about offering Marquez Callaway for Sony Michel? I have Darrell Henderson and the guy I would trade with has Michael Thomas. Would I be giving up too much with Callaway’s upside? This is a 14 team PPR league so trying to leverage against injuries.

Henderson has been a good starter for your so far. That’s an important spot on your roster, being able to pencil him in each week. So would make sense, in my opinion, to offload a marginal wide receiver to lock down that position. Henderson has bad problems staying healthy, and I don’t know that there would be much of a decline if you had to plug in Michel for a few games. Callaway, on the other hand, has been a modest producer so far; he could become a waiver-wire casualty once Thomas is back.

Thanks for all your good advice. It's been a big help this year with all the injuries. Here's a problem I didn't think I would have. Ryan is my main QB but I also drafted Fields figuring he would be starting by Ryan's bye week, and because I'm a Bear fan, and it worked out. Here's my dilemma. I also picked up Mills who did well against NE and plays a soft Indy DEF this week. Taylor may be back for HOU and if they decide to start him I don't have a decision. But if it's Mills, would you start him over Fields?

David Culley says they’ll be going back to Tyrod Taylor when he’s healthy. I’m not sure if that will happen this week. Regardless, I wouldn’t be excited about rolling out Houston’s quarterback to start at Indianapolis. The Colts got ripped up pretty good on Monday night, but they allowed fewer than 200 passing yards in each of their previous two. Justin Fields doesn’t look viable; they haven’t let him attempt more than 20 passes in a game yet, and they haven’t yet tried to tap into his mobility. What about Geno Smith? He played surprisingly well in the fourth quarter of Seattle’s game last week?

Love your pre-draft and in-season information. Been a subscriber since 2001 and have not regretted it. Two questions for you. PPR, need a RB2, Kareem Hunt or Darrel Williams who I just got off the waiver wire. Also I have J Meyers and D Mooney as my 5th and 6th WR's. We can only start 3 WR with no Flex. Should I get rid of one of them (probably Mooney because of the QB) and pick up another positional player or ride with the 6 WRs. Thanks so much!

Williams is a nice try-hard guy – a former undrafted free agent who’s played his way onto the roster – but I wouldn’t be considering putting him in a lineup ahead of Hunt. In PPR scoring, Hunt so far has been pretty much interchangeable with Nick Chubb. As for Mooney, he’s got some downfield ability; he had 3 catches of 20-plus yards a couple of weeks ago. But until they get that passing game kicked into gear a little bit, he’s not usable. I would think there might be somebody available on the waiver wire who’s a better fit with your roster.