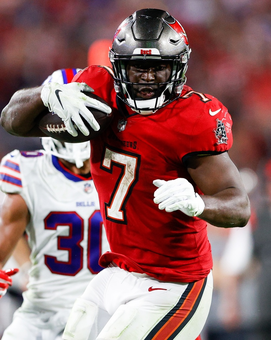 The eight remaining playoff teams have submitted their official injury reports for this weekend’s games, and there are some developments that should affect your expectations for the games and the production of the offenses.

Most notably, the Rams say Andrew Whitworth (knee) and Taylor Rapp (concussion) won’t play. Whitworth is their best offensive linemen. With him out, it makes it look less likely the Rams will be able to cobble together a decent running game, and pass protection becomes more of a concern. Los Angeles was pretty much flawless on Monday night, but Matthew Stafford was shaky in the second half of the season. I’ve trotted out the numbers a couple times before, but they’re worth repeating. In his first eight games, Stafford took only 7 sacks, and with just 4 interceptions. In his final nine regular season games, he took 23 sacks and threw 13 interceptions, with 4 returned for touchdowns.

Rapp started all 17 regular-season games, with 94 tackles and 4 interceptions. With the Rams having lost Jordan Fuller in their final regular-season game, they will be playing without both of their starting safeties. That didn’t hurt them at all last week, but I would think Tom Brady should be able to do a better job of exploiting those positions.

The Bucs also have offensive line injuries. Ryan Jensen and Tristan Wirfs are both questionable with ankle injuries. Neither practiced at all on Wednesday or Thursday but were limited participants today. I would expect they’ll both play, but neither is 100 percent.

Leonard Fournette (hamstring) has been practicing, and it sounds like he’s playing. He’s not mentioned on the injury report because he’s still on injured reserve, but he should be activated. The Bucs have ruled out Ronald Jones (ankle), so Giovani Bernard and KeShawn Vaughn will be the other running backs they’ll be mixing in. Bernard caught 9 passes in the earlier Rams game.

The Bucs have wide receiver issues. Chris Godwin and Antonio Brown are long gone, and some of the potential replacements are banged up. Breshad Perriman (hip/abdomen) has been ruled out. Cyril Grayson (hamstring) is questionable. Grayson didn’t practice at all on Wednesday or Thursday and was a limited participant today, making it tough to count on him doing much. Tyler Johnson has had problems all year getting on the same page with Tom Brady, but he’s looking like their busiest wide receiver option outside of Mike Evans. If Jalen Ramsey can do a good job of containing Evans, Johnson could be a key player. And they may need to get some other wide receiver involved; perhaps Scotty Miller, Jaelon Darden, or somebody off the practice squad – John Brown, Justin Watson, John Hurst, Codey McElroy. The Bucs list Jason Pierre-Paul (personal) as questionable, but he didn’t practice a lick all week.

Kansas City indicates Clyde Edwards-Helaire (shoulder) is playing. He was a full participant in practice all week and doesn’t have an injury designation. Darrel Williams, however, is questionable with a toe injury; he didn’t practice at all on Wednesday or Thursday and was a limited participant today. Most would logically conclude that they’ll use some combination on Sunday of Edwards-Helaire and Jerick McKinnon. Injuries sidelined McKinnon for all of the 2018 and 2019 seasons, and he ran for only 319 yards last year for San Francisco. He hardly played this past season, but has looked surprisingly good in the last two games, carrying 17 times for 85 yards and catching 9 passes for 87 yards and 2 TDs. If I were picking a KC back, I would be torn between those two. (I’m not counting on much from Williams, who was active last week but hardly got on the field.)

The Bills are the healthiest of these eight teams. They don’t list anybody on their weekly injury report. (They placed cornerback TreDavious White and guard Ike Boettger on IR in November and December, but the guys currently on their 53-man roster are healthy.)

If we’re scraping around on the bottom of the barrel at wide receiver, Randall Cobb can be discussed. The Packers are activating him off IR, and Marquez Valdes-Scantling (back) is doubtful. Good chance that Cobb is one of their three main receivers on Saturday, and he’s a guy Aaron Rodgers trusts in key situations. Green Bay lists two stars as questionable: cornerback Jaire Alexander and left tackle David Bakhtiari (knee). Bakhtiari is an All-Pro when healthy, but he sat out the first 16 games, working his way back from a torn ACL from about a year ago. He played in about half of their final regular-season game. With San Francisco having a strong pass rush, it would be nice for the Packers to get decent play out of Bakhtiari, but that’s a big ask.

Two of San Francisco’s most impactful defenders got hurt in the Dallas game – Nick Bosa (concussion) and Fred Warner (ankle) – but they’re both going to play. Both were full participants at practice today, and neither even has an injury designation.

The Bengals are healthy. Defensive end Trey Hendrickson left the Raiders game with a concussion, but he’s playing.

The Titans are activating Derrick Henry off IR. I wouldn’t expect him to carry it 30 times, but I suppose they wouldn’t be putting him on the field if they didn’t think he was healthy. He’s been practicing for a few weeks. Considering the success Josh Jacobs had running against the Bengals last week, and with there being no other dominating running back candidates, I would say Henry is about as likely as anyone to be the leading rusher for the weekend.

Tweaking the numbers to account for these developments, my top 100 field players for the weekend would look as follows …