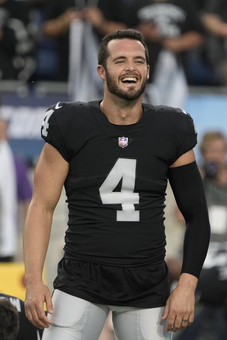 Lay of the land

Overall expectations for the 32 offenses

The preseason is over and rosters have been trimmed down to 53, with the regular season just around the corner. An excellent time, then, to start locking down final forecasts for each of the league’s 32 offenses.

In our projections model, the teams and the players are networked together. That is, I can go in and alter the numbers on an individual player (Dameon Pierce and Isaiah Likely, for example, played better than I expected in the preseason). Or I can change the forecast for an entire offense, proportionally moving everyone on that roster in the same direction.

During this portion, I try to keep the numbers in line with what generally occurs in an NFL season. If teams play like they have in the last three years, offenses will average 43 touchdowns this season. So in the chart below, I’m just a little high (with 18 of the 32 teams coming in over that mark).

It’s easier to be optimistic in early September. Teams in general are healthy. Nobody’s lost any games yet. Nobody’s been fired, and nobody’s been benched.

It’s particularly tough right now to put some credible offenses in the “below average” pile. I like the Raiders and Derek Carr (pictured), but I’ve got them ranking only 17th in my overall. And I’ve also got the Titans and Dolphins in that second group of 16. That might seem low, but there are a lot of good offenses out there. I’ve got the Cowboys, Vikings, 49ers and Patriots as the bottom teams in the upper half of the league.

In the chart below, the touchdown totals include only rushing and passing scores. They do not include touchdowns scored by defenses or on special teams.

There are lots of teams that look like contenders to lead the league in passing. I’ve got the Chargers, Bucs, Bengals, Bills, Rams and Kansas City in my top tier.

Similarly, I think we can comfortably identify a half-dozen teams that will finish with bottom-10 passing stats: Browns, Falcons, Seahawks, Bears and the two New York teams.

In my bottom 4, I have a pair of lesser teams (Jaguars, Texans), but also two teams that are expected by most to win their divisions: Rams, Bucs.

In the chart below, teams ordered using 6 points for TD runs and 1 point for every 10 rushing yards.

Per usual, look over these numbers and let me know where you think I’m too high or too low.